In this article we’ll justify the design and choice of components used in a networked solution – a solution we’ve created based on a fictional network for a fictional organisation called ‘Y Youth’. Y Youth is a youth centre that is opening soon. It is located in a four story building with a lot of networking requirements including:

The computer room in the building requires more equipment and connections than any other so we will use this room in our design below. 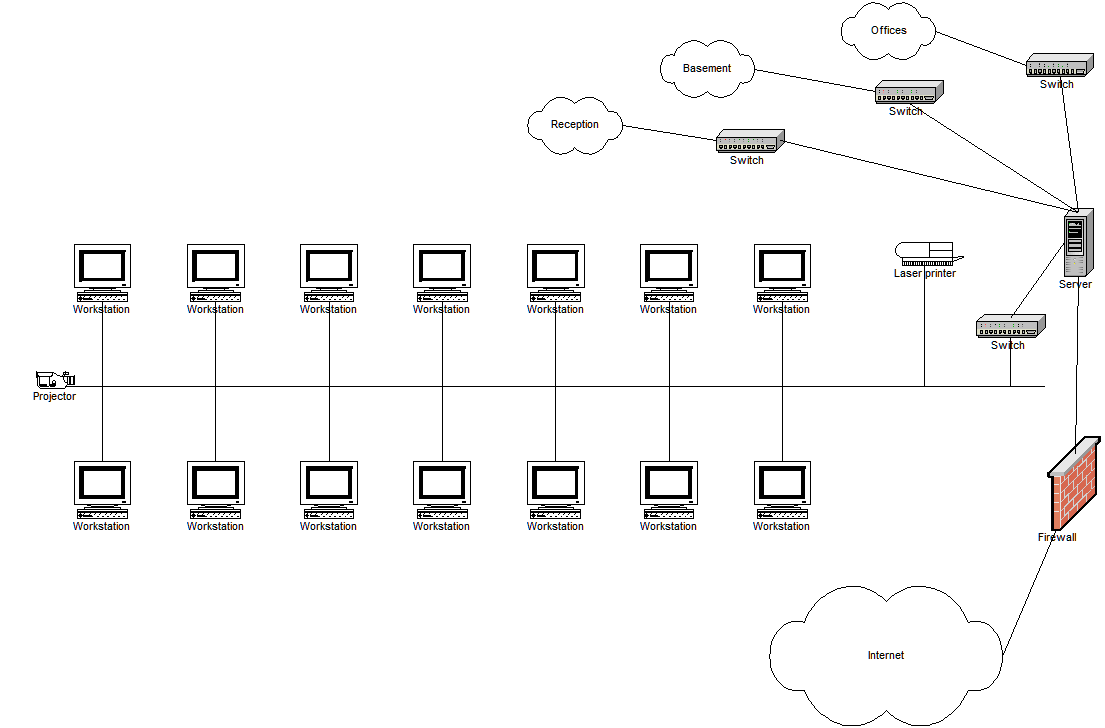 As you can see from the illustration above, this is the layout of the equipment within the computer room.  At first glance, the topology appears to be a BUS topology but each connection to the network connects directly to a switch so it is in fact a Star topology. The switch uses a bus topology to connect to the server and combining a bus and star topology make it a Tree topology. The reason we chose this topology is because if there were more workstations or equipment needed, they could be added quickly and easily. The range of equipment and reasons for choosing it are as follows:

As you can see in the diagram above, there is a firewall connected to the server before it reaches the internet. This is software that controls who can access the network from outside of the building and what data is allowed to come inside.

Each of the workstations will have its own security software such as antivirus, anti-malware and general performance scanning software to ensure safety of that individual system. The server will also have its own security software. Other components to be included on this network are a backup system to backup system information and important data to protect against data loss / damage. A profanity filter, adult content filter and blacklist of websites will also be added on the network to ensure the safety of students and maximise productivity.

We use cookies to ensure that we give you the best experience on our website. If you continue to use this site we will assume that you are happy with it.OkRead more